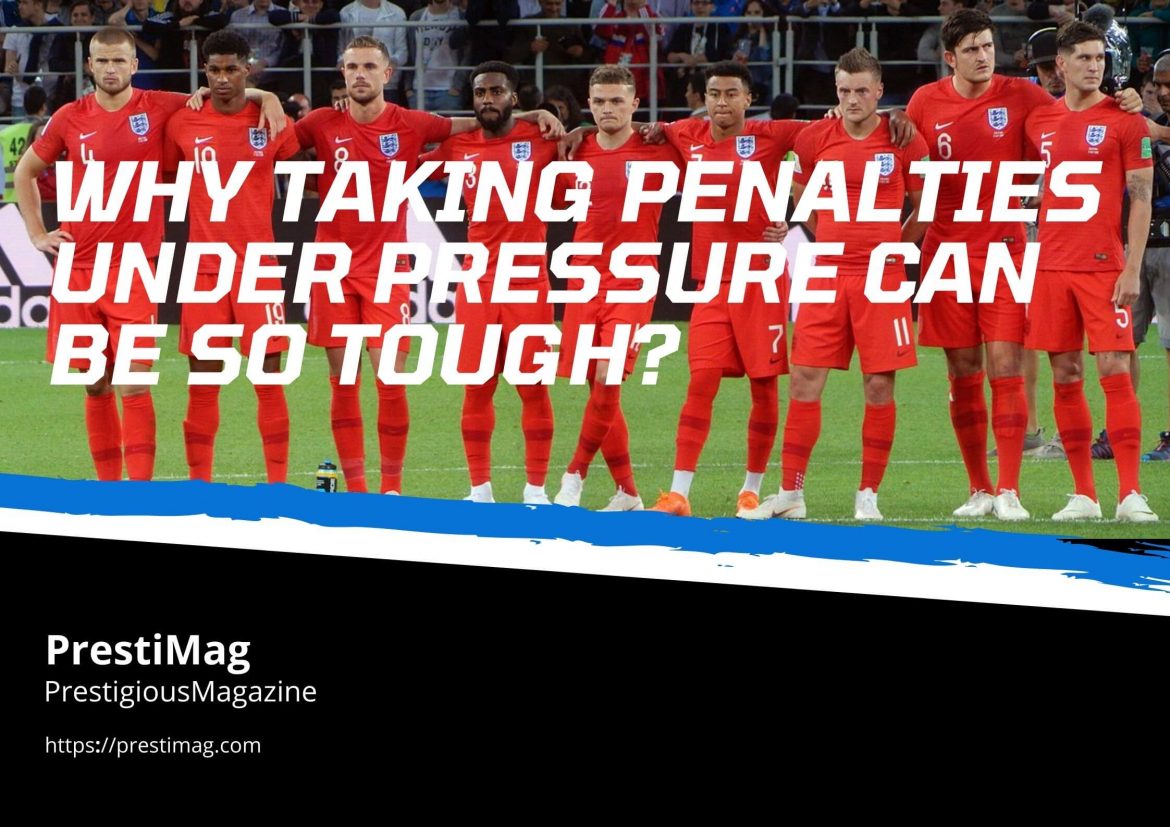 By Louise Ellis, University of Huddersfield

The penalty shootout in international football is arguably one of the most highly visible and high pressured sporting situations in the world.

Euro 2020, which took place in the summer of 2021 due to the pandemic, was watched by a total audience of over 5 billion people. Each match attracted an average of 100 million viewers, with more than 320 million people tuning in to watch the final, which saw Italy win against England in a penalty shootout.

In their autobiographies Michael Owen and David Beckham (who used to play for England) have described not being able to think normally or breathe properly in the minutes before taking a penalty at a high-level international tournament.

These thoughts and feelings typically represent anxiety of the mind – such as worry – and anxiety of the body, which can show itself as faster and shorter breaths, a higher heart rate and muscle tension. The extent to which these symptoms affect performance depends on how a player perceives the situation and whether they feel in control or under threat.

Researchers have shown that when faced with high pressure in a penalty shootout, footballers often perform sub-optimally. And psychological factors were found to be more important than skill and fatigue for the success of penalty kicks.

In sport psychology, we think there are two main reasons why athletes may “choke under pressure”.

First, as pressure increases, the athlete becomes sensitive to threat and distracted, which causes attention to turn to internal feelings – for example, worry about missing – and external factors, such as over focusing on the goalkeeper.

In contrast, self-focus models argue that high pressure causes an athlete to consciously focus on the processes or mechanics of the skill. And sometimes that means that the automatic nature of a well drilled skill is lost.

Many of us who have played sport to a high level can sympathise with the phenomenon of “choking” or sub-optimal performance. As a former international hockey goalkeeper I wanted to find out more about the impact of pressure on a football player’s performance when taking penalties – and how exactly it affected them.

For my research with under-18 professional academy footballers, my main aim was to simulate several conditions that can stimulate stress and the emotions reported by professional players when taking a penalty kick in a quarter final UEFA European Championship shootout. That included the solitude of the walk, crowd noise and worry about the goalkeeper’s performance, for example.

For the low-pressure scenario, players were instructed to take penalties to targets of their choice and repeat this process from the penalty spot.

But to recreate a high pressure situation, players were told they would start the test on the halfway line and return to halfway after each penalty shot. They also had to take penalty shots to enforced targets with no shot choice. And, to make it even more potentially stressful, they had to take their last two penalty shots with the goalkeeper knowing where they would aim the ball. All of that would take place while listening to crowd noise from previous televised penalty shootouts.

In addition to that, they thought they would be in direct competition with other players, and the coach would evaluate their performance using video after they had finished all of their penalties.

Under the simulated high pressure situation, the players’ level of anxiety, perceived pressure and respiration rate were much higher. They felt less confident in their ability to score, and indeed their shot accuracy became much more inconsistent.

I found that the players’ focus shifted from being focused on their target under low-pressure to being distracted and overthinking under high-pressure. Some of them were distracted by worrying thoughts such as concerns about not scoring and not wanting to be the worst in the team.

They also reported symptoms of increased tension, such as sweating, butterflies in the stomach and increased breathing. As one player said: “I felt my heart rate was getting higher and I was breathing quite quickly and anxiety was coming in”.

Additionally, when the goalkeeper knew shot placement in advance, it caused some players to lose their focus on the target even more. Instead they became self-focused – thinking about their technique or how much power they would generate on the ball using their technique.

Although the stress created in my study may not compare to that experienced by professional footballers in a major tournament, it caused similar effects.

Penalty takers in my study experienced a range of different thoughts and feelings, and physical responses, during the walk from the halfway line and before they struck the ball. To help them to cope with the pressure of the situation, a psychological profile of what a player is thinking and feeling, along with a personalised strategy, could be a useful tool. And to maximise the chance of scoring from a penalty, it is extremely important that players practice under similar physical and psychological conditions to a high-pressure tournament. Anything that alleviates the fear of penalty taking at a major competition can only be of benefit to players, and to football itself.

Louise Ellis, Senior Lecturer in the Division of Sport, Exercise, and Public Health, University of Huddersfield