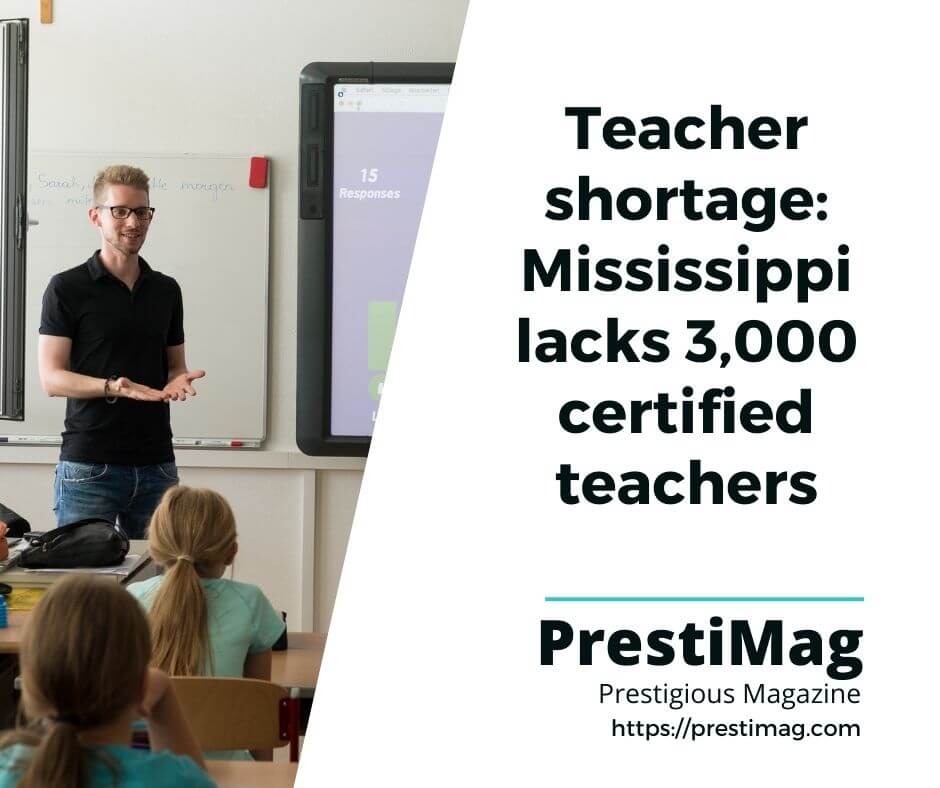 The Mississippi Department of Education says there are 3,036 certified teacher vacancies across the state — a staggering figure that shows the extent of the state’s long-standing teacher shortage.

Mississippi Today has reported several times since 2019 that state officials had never tracked data regarding the state’s critical teacher shortage. The release of the new data last week by MDE marks the first time the generational problem has been comprehensively tracked by state officials.

The vacancies were reported by every school district across the state, and state officials said the 3,036 figure includes both positions that remain completely vacant and positions currently held by teachers who are not certified. There are currently about 32,000 total teachers across the state.

“This is perhaps one of the most comprehensive pictures we have ever had of teacher shortages,” Courtney Van Cleve, MDE director of educator talent acquisition and effectiveness, said when presenting the data to the State Board of Education on Dec. 16.

The survey also measured vacancies in support staff and administration. When adding these vacancies with the teaching positions, the overall total of vacancies across Mississippi is 5,503. The largest categories of vacancies among support staff were teachers assistants, bus drivers and food service staff.

“Looking at many of your faces, I’ll acknowledge that (these) numbers can feel daunting,” Van Cleve told the board. “It can even feel disheartening. And yet we’re really encouraged. We’re encouraged in the office of teaching and leading that a number of the strategies we have in place are indeed targeting some of the highest areas of need statewide.”

Van Cleve then highlighted two programs, the Mississippi Teacher Residency and the Performance Based Licensure Pilot, which seek to facilitate the process of fully certifying a teacher for the classroom and attract and retain more teachers. Early data from MDE showed that both programs were helping teachers successfully overcome barriers.

When Angela Bass, a member of the State Board of Education, asked how this teacher shortage compared to previous years, Van Cleve explained that this is the first time the Department of Education has had this level of data, meaning there’s no benchmark to compare it to.

Lawmakers have said they plan to address the issue of Mississippi’s lowest-in-the-nation teacher pay — a major contributing factor to the state’s teacher shortage — when they return to the Capitol in January 2022.

This article first appeared on Mississippi Today and is republished here under a Creative Commons license.