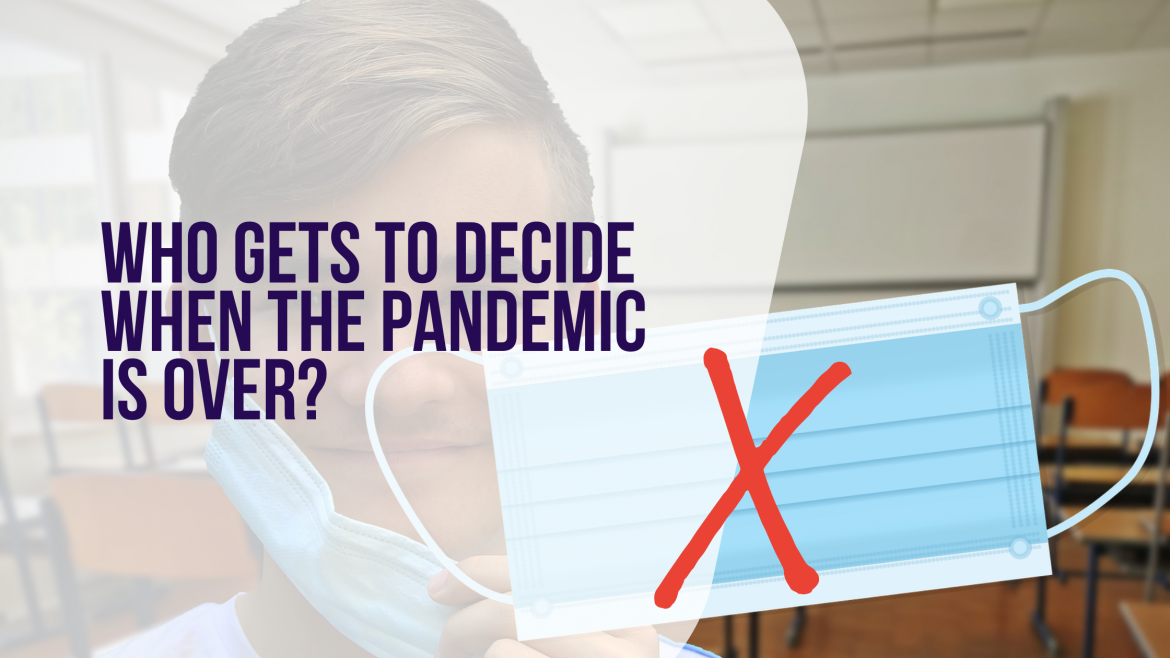 Who gets to decide when the pandemic is over?

It’s been two years since the World Health Organization (WHO) declared the COVID outbreak a pandemic, and since then, people around the world have been asking the same thing: when will it end? This seems like a simple question, but historical analysis shows that “the end” of a disease is rarely experienced in unison by everyone affected.

For some, the threat is over quickly and a return to normality is eagerly anticipated. But for others, the continued threat from infection – as well as the long-term health, economic and social impacts of the disease – render official announcements of the end premature. This could, for example, include immunocompromised people, some of whom remain vulnerable to COVID despite being vaccinated.

Determining when a disease outbreak has ended is even difficult for global health agencies. The Ebola outbreak that began in 2018 in the Democratic Republic of the Congo was declared over by the WHO in 2020, but subsequently flared up again. This revival was then re-declared over in December 2021.

In England, the government recently decided to lift all remaining COVID legal restrictions. But does this push towards “living with” the virus mean that England’s pandemic is over? And if not, who should decide when it is?

Also Read: The pandemic offers an opportunity to make a healthy shift in body

In total, we surveyed just over 1,300 people. We recruited 500 participants who were representative of the population through the surveying company Prolific, while the remaining 800 were recruited via social media and university mailing lists. Blending these two methods meant that, while our sample wasn’t wholly representative of the public, it was diverse. For instance, 35% of participants were under 25 years old, 40% were aged 26-50 and 15% were over 50. It therefore gives us an interesting insight into how opinions may differ among the public.

Has the pandemic ended?

When we looked at what influenced people’s beliefs, we found that, in general, people were more likely to believe that the pandemic was over and that it was legitimate to end all restrictions if they believed that the physical and mental health threats of COVID were in the past. Additionally, those who felt that the crisis was over were generally younger and male. Many with this belief also felt that the crisis had lasted longer than two years and stated that they had often not complied with restrictions.

Interestingly, however, a number of other factors we looked at didn’t appear to be related to people’s beliefs about the legitimacy of ending restrictions. For instance, we didn’t find a link between people’s thoughts about lifting restrictions and their concerns about the social, economic, educational and employment consequences of COVID, or their engagement with the vaccination programme, or them having a close relative die from COVID.

Who should decide when it ends?

Critically, beliefs about who should end the pandemic varied between groups of people. Men were more likely than women to believe the decision should rest with the government. Unvaccinated people were more likely to believe that a public vote should be held to decide. And perhaps unsurprisingly, being vaccinated was associated with a greater belief that this decision should be taken by scientists.

Despite a long-held wish for the pandemic to end, our findings suggest many may feel it is far from over, and that the public may disagree over whether the government has the right to make this call. As the UK’s restrictions end, we face the possibility of widening inequality, as some feel they can return to “normalcy”, while others feel the pandemic’s endpoint still lies in the future. One of the newest challenges posed by the pandemic, therefore, is how we reconcile these differences as the country emerges from the pandemic.